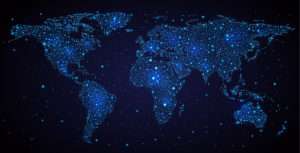 Humanity has survived many evolutionary phases on Earth, with one of the biggest changes being the discovery of electricity. Now, imagine if this was suddenly ripped from our grasp and we were forced to revert back to a pre-electrical era?

In a split second, digital infrastructure would become a thing of the past and we would be forced to learn things by “Doing” rather than by “Googleing”. One of the first noticeable issues would be a lack of fresh water, simply because water pumps require electricity to run. We would have to start hunting for our own food instead of relying on the nearest supermarket to stock readily available meals. Furthermore, the food that we would hunt would have to be consumed in a short period of time because we wouldn’t have storage facilities such as fridges and freezers. Efficient transportation would also become a thing of the past because electricity is needed for petrol pumps to work.

A loss of electricity would result in us having to reinvent the way we do business. How would we continue producing certain products with a lack of electrical machinery? Would we communicate via post? How would we schedule important meetings? A 5-minute coffee break would turn into a 30-minute struggle of trying to get a fire going just for some warm water. But wait; would coffee even be freely available if electricity was non-existent? Our weekends would move away from attending concerts, shopping, relaxing and simply watching TV to performing strenuous manual labour (hand washing clothes, growing vegetables and the like) just to keep the household running.

In conclusion, it is obvious that electricity has become one of our most basic needs. It has played a huge role in creating jobs and reducing poverty throughout history and as a result, economies around the world would crumble if electricity suddenly disappeared. If we, as a human race, want to continue living in a world that is dominated by innovation and modernization, we need to start using our resources sparingly before we are forced to revert to a pre-electrical lifetime.